www.leaffilter.com
Blake Koch at Auto Club Speedway… Blake Koch has six previous starts in the NASCAR XFINITY Series (NXS) at Auto Club Speedway (ACS). His best start (eighth) and finish (12th) at the track came in this race last season. In the March 2016 event, Koch persevered through two incidents of contact to finish 12th after coasting to the finish line, just short of enough fuel for a top-10 finish.
Sounding Off- Blake Koch… “You can run a lot of different lines here because it’s such a wide racetrack. Each seam has it’s own character and if your car is handing well, you can play around with the lanes to figure out what works best for you. We had speed here last year and should again with our fast ECR engines. It’s not one of my best tracks, but I learned to like it a little more last year.”

2017 Season… Koch is currently 11th in the NXS Championship standings after gaining two spots in the standings last week at Phoenix Raceway.  At Phoenix Raceway, Koch started eighth and overcame contact, a late-race spin and a pit-road penalty to finish 13th.Calling California Home… Kaulig Racing tire specialist Stephen Appell hails from Downey, Calif., which is just under 50 miles from ACS. Appell grew up attending races at Irwindale Speedway and spent some time behind the wheel of a late model at local tracks before moving to N.C. in 2014 to pursue a career in NASCAR.

Tune-In… The NXS California 300 from ACS will be televised live Saturday, March 25th, 2017 at 4 p.m. ET on FS1 and will be broadcasted live on the Motor Racing Network (MRN) and SiriusXM NASCAR Radio channel 90. 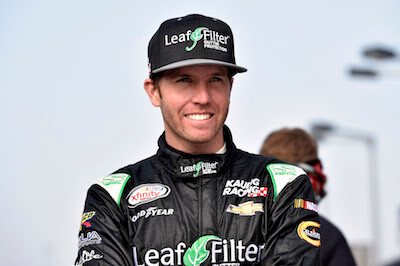