Blake Koch at Mid-Ohio Sports Car Course… Blake Koch has four previous starts in the NASCAR XFINITY Series (NXS) at Mid-Ohio Sports Car Course. He earned a track-best start (13th) and finish (12th) in this race last year. Last year’s event saw periods of heavy rain followed by dry conditions, then eventually another period of heavy rain at the end of the race. While other cars struggled to stay on-track, Koch was able to glide his way to a track-best finish of 12th in the Mid-Ohio Challenge.

LeafFilter Gutter Protection’s Home Track…LeafFilter Gutter Protection, founded and owned by Kaulig Racing team owner Matt Kaulig, is headquartered in Hudson, Ohio, just 80 miles from Mid-Ohio Sports Car Course. Kaulig originally moved to Northeast Ohio to attend the University of Akron, where he was a standout quarterback for the Zips. He remains heavily involved in the Akron Zips community as he provides aid for the school’s football programs and lends a helping-hand in sponsoring events.

Sounding Off – Blake Koch… “I did not enjoy racing in the rain last year, but we were really fast when the track was dry. It was just about survival when the rain came. I would say the hardest turn at Mid-Ohio is Turn 4 because you carry a lot of speed and it’s easy to wheel hop. You can also gain a lot of speed in that turn, so it’s important to really master your line each time. I’m excited to get back to LeafFilter Gutter Protection’s home track and hope it stays dry!”

2017 Season… Koch is currently 10th in the NXS Championship standings after 20 races. He has recorded one pole position, five top-10 starts, two top-10 finishes and eight top-15 finishes. The Kaulig Racing driver has led 29 laps so far in 2017. Last week at Watkins Glen International, Koch tied his track-best start of 14th and earned stage points in the first two stages of the event, finishing 10th and seventh, respectively. Koch ultimately finished 22nd when contact with a lapped car left him mired back in traffic with no opportunity to make up ground.

Tune-In… The 75-lap Mid-Ohio Challenge at Mid-Ohio Sports Car Course will be televised live Saturday, August 12th, 2017 at 3:30 p.m. ET on NBCSN and will be broadcasted live on the Motor Racing Network (MRN) and SiriusXM NASCAR Radio channel 90. 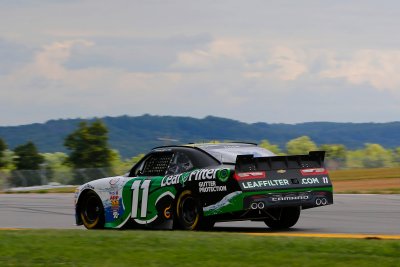