Milestone Weekend… Koch makes his 200th career NXS start this weekend at WGI. The West Palm Beach, Fla. native grew up racing dirt bikes, but did not drive a stock car until the age of 21. Koch joined NXS competition in 2011 and ran his first full NXS season in 2015. He also has six Monster Energy NASCAR Cup Series starts and 10 NASCAR Camping World Truck Series starts under his belt.

Sounding Off – Blake Koch… “I really do enjoy road course racing. This weekend at Watkins Glen will be different with the new downforce package for the XFINITY cars. The most difficult part of the track for me is typically the esses so we will make the most of practice and put all of the moving pieces together. We have great engines, brakes and people so we have all of the right ingredients for our No. 11 LeafFilter Gutter Protection Chevy to run well at road courses.”

2017 Season… Koch is currently 10th in the NXS Championship standings after 19 races. He has recorded one pole position, five top-10 starts, two top-10 finishes and eight top-15 finishes. The Kaulig Racing driver has led 29 laps so far in 2017. Last week at Iowa Speedway, Koch qualified a track-best seventh en route to a track-best finish and career-tying best finish of eighth.

Tune-In… The 82-lap Zippo 200 at The Glen from WGI will be televised live Saturday, August 5th, 2017 at 2 p.m. ET on NBCSN and will be broadcasted live on the Motor Racing Network (MRN) and SiriusXM NASCAR Radio channel 90. 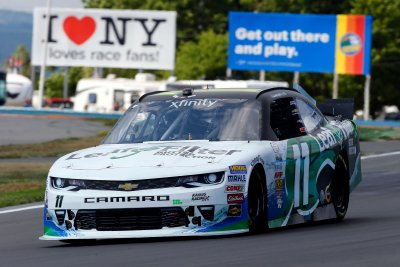