This week, a rare opportunity is happening – a total solar eclipse will cross America. It’s the first one visible in America in 99 years. While the entirety of the United States will see up to 60% of the eclipse, there’s only one path in which you can see the eclipse at 100%. Typically, the best route to get from Bristol Motor Speedway to Road America is to take I-65 North. But because of this historic event, we’re going to take a small detour for this leg of the trip.

Last Race: August 18 at Bristol Motor Speedway
Next Race: August 27 at Road America
Time on the road: About 12 hours
Best route: I-65 North

The Great Smoky Mountains National Park is the perfect place to view the once-in-a-lifetime Total Solar Eclipse. It’s right in the path of the total eclipse, so expect some crowds as people gather from across the globe to get a glimpse of this awe-inspiring event. Be sure to protect your eyes by getting solar eclipse glasses! You’ll get the most complete view of the eclipse at 2:35 pm, which means you’ve got the rest of the day to explore this great American town. You’ve probably been looking up at the sky too much to notice your beautiful surroundings, so it’s time to soak up the sights. If you’re feeling a little daring, give the ski mountain coaster a go, or slow it down a bit with a ride on the aerial tramway. Either way, the views you’ll catch are breathtaking.

Then, take the whole family to Arcadia for some good old fashioned fun playing all the classic arcade games. Or, so a Gatlinburg favorite, head to Fannie Farkle’s instead. Here, you’ll find the world’s best fair food and fun games. If you’re itching to see some cool cars, get your motor rolling to the Hollywood Star Cars Museum. They have tons of Hollywood’s most famous cars on display, including a few from the recent Furious 7 movie! For something a little different, the Salt and Pepper Shaker Museum is certainly a place to put on the itinerary. Before you hit the road again, top off this perfect day of exploration with a big, juicy steak from the Alamo Steakhouse.

Step up to bat, it’s time for a stop in Louisville, KY! Be sure to put the Louisville Slugger Museum first on your to-do list. Then, check out the Conrad-Caldwell Museum for a peek at some of the city’s best architecture. Here’s a bright idea for even more history – head on over to the Thomas Edison House Museum! Before you end your night, grab a late dinner at Ei8ht Up, a high-end dining experience in the downtown district. Grab a seat on the rooftop for a sprawling view of the city.

Want a taste of luxury? Stay the night at the preferred hotel for Kentucky Derby attendees – The Brown Hotel. With its upscale amenities and gorgeous Georgian-Revival design, this landmark hotel is brimming in elegance. Or, for a charming B&B experience, go to the Inn at Woodhaven, which is conveniently located right outside Louisville, so you’ll be close to the action while having a nice place to retreat.

We just can’t get enough of Indy! After our stint in the Lilly Diabetes 250 back in July, we still wanted to explore the city some more. While you might have visited these hot spots around town already, we think they’re worth mentioning again. But, if you want to branch out a little, there’s still plenty to see and do.

For instance, did you know there’s a series of catacombs under the city? Check them out on the City Market Catacombs Tour! The Garfield Park Conservatory and Sunken Garden is another hidden gem. For some history and fun mixed together, a trip to Indiana’s oldest bar, The Slippery Noodle, is in order. For something other than liquid sustenance, make a reservation at Northside Social, located in Broad Ripple Village. The eclectic mix of Mediterranean, Caribbean and traditional Southern-inspired dishes are sure to delight.

It’s been a long trip, but we’re almost there! This is our last stop before the racetrack, and it’s gonna be a thriller! No, really. Gary, IN was the birthplace of Michael Jackson and the place where the Jackson Five got their start! Check out the home where Michael Jackson was raised, which draws fans from near and far. The abandoned Palace Theater is also said to have been graced by performances of the Jackson Five.

After you’ve had your fill of thrill, take a moment to relax on the beaches of the Indiana Dunes. Then, top off the trip with some relaxing blues tunes at Dirtty’s Blues and Jazz Club. Or, if you’re hungry, grab an ooey gooey Chicago-style pizza at Miller Pizza Co.

What a whirlwind of a trip! Starting with a solar phenomenon and ending with a thrill, this leg of the track-to-track road trip is one for the books! But don’t worry, the fun doesn’t have to end here. Check out these Top 6 Hot Spots Around Road America before the race! Then, strap in for an exciting battle for the win in the Johnsonville 180 race. Stay tuned on social media for race updates and other team news! 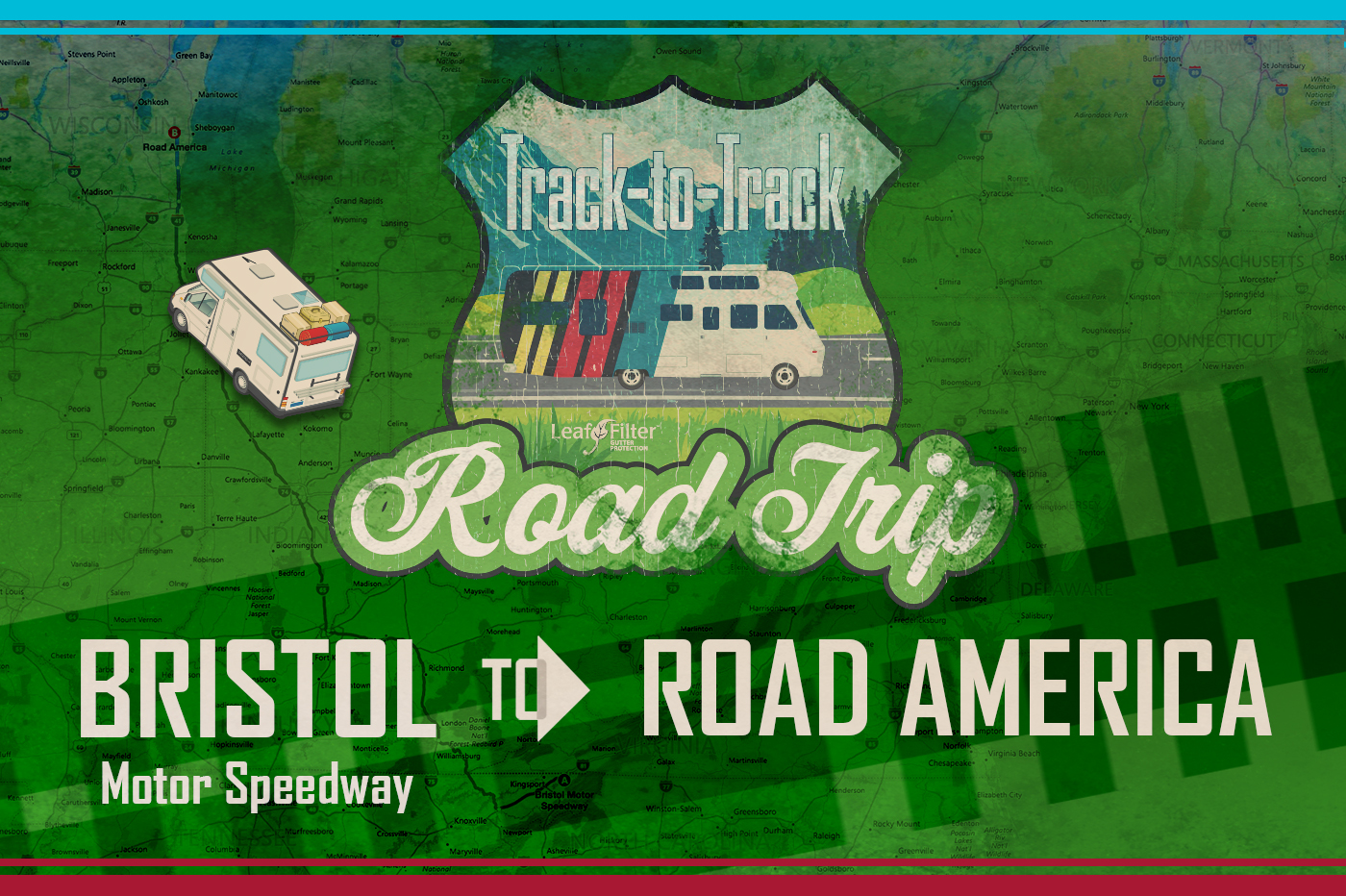